RUDD — Emergency responders are on the scene of a single-vehicle crash on the Avenue of the Saints near Rudd. A vehicle is upside down in the median and responders appear to be trying to extricate someone.

The road conditions are sloppy wet. The shoulders are layered with ice and slush.

A winter weather advisory is in effect for north central and northeast Iow until 7 a.m. Sunday, according to the National Weather Service.

Mixed precipitation is expected, with snow accumulation of up to 3 inches. Look for travel to be slippery. Winds gusting as high as 35 mph may cause some blowing and drifting snow.

Two weeks ago a winter storm led to more that 100 snowbound vehicles in Floyd County, alone

“We had several deputies out who responded to 121 snowbound vehicles in a 24 hour period,”the Floyd County Sheriff’s Office posted on its Facebook page about the Feb. 24 storm. “That’s more than half the 212 total for the 2018-2019 winter season so far. We transported several people to hotels, gas stations, shelters and other locations.

“Then again on Monday we spent several hours providing traffic control for plows and wreckers to clear the roads and remove vehicles.” 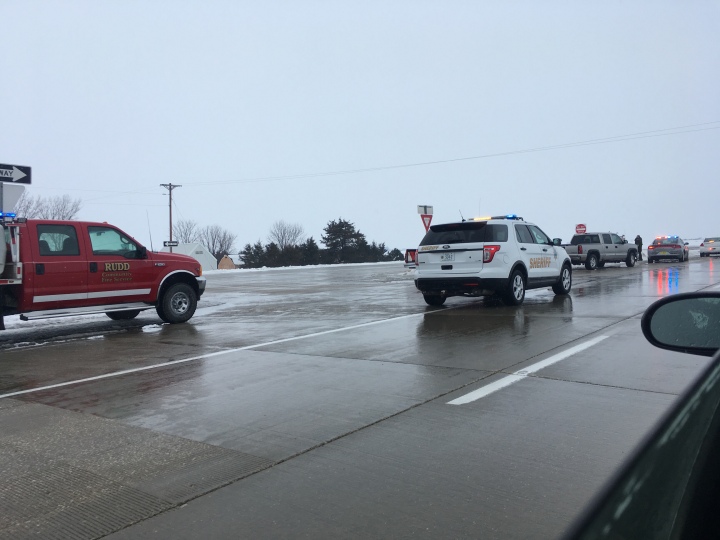