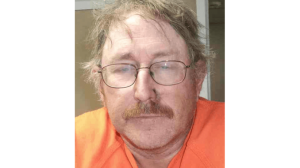 Former Floyd County Magistrate Doug Lindaman, who is serving a 10-year sentence in an Iowa prison, has new hope that his third-degree sexual abuse conviction will be reversed and he will get a new trial.

Lindaman, who has had a handful of his post- conviction relief motions denied, is now the beneficiary of a motion  from the Iowa Attorney General’s Office to summarily reverse his conviction.

The Iowa Supreme Court will rule on the motion.

The key issue is Lindaman’ decision to represent himself in his trial. The attorney general is supporting a motion from Lindaman that the district court violated his 6th Amendment right to counsel.

In the motion to reverse, the Attorney General’s Office stated: “because the district court failed to conduct an adequate inquiry to determine if [Defendant’s] attempted waiver of his right to counsel satisfied constitutional requirements, the district court committed reversible error… because [Defendant’s] sixth amendment right to counsel was violated he is entitled to a new trial.”

In April 2016, Lindemann was convicted in Floyd County District Court the one count of sexual abuse in the third degree, a class C felony. He was sentenced to up to 10 years in prison.

Here is the full text of the motion:

COMES NOW the State of Iowa, pursuant to Iowa Rule of
Appellate Procedure 6.1006(3) and moves to summarily reverse Defendant Douglas Lindaman’s (“Defendant”) conviction in Floyd County case number FECR025284. In support of this motion, the State provides the following:
1. On April 12, 2016, after a jury trial, Defendant was found guilty of one count of Sexual Abuse in the Third Degree, in violation of Iowa Code sections 709.1, 709.4(1), and 903B.1, a class C felony. Defendant appealed this conviction, Supreme Court No. 16-0979, and this appeal is the subject of this present motion.
2. Throughout the entirety of the criminal proceedings in FECR025284, Defendant represented himself pro se. While Defendant was formerly a licensed attorney in the state of Iowa, his license was revoked in 1989. Comm. on Prof. Ethics v. Lindaman, 449 N.W.2d 341 (Iowa 1989). Prior to his disbarment, he did not practice criminal law. On appeal, Defendant argues that the district court failed to conduct an on-the-record colloquy and waiver of his right to counsel under the Sixth and Fourteenth Amendments of the U.S. Constitution, which is required by Faretta v. California, 422 U.S. 806 (1975). Defendant asserts that the only inquiry into a Faretta waiver was done midway through trial, after the State had presented nearly all of its evidence. He additionally argues that this colloquy was insufficient to establish he knowingly and voluntarily waived his right to counsel.
3. A criminal defendant has a constitutional right to self- representation as “[t]he Sixth Amendment does not provide merely that a defense shall be made for the accused; it grants to the accused personally the right to make his defense.” Id. at 819. However, this right is a concomitant right to that of his constitutional right to the assistance of counsel. Id. “Since it is more likely than not that a defendant would fare better with the assistance of counsel,” before a defendant can proceed pro se he must “‘knowingly and intelligently’ waive his [] Sixth Amendment right to counsel.” Raulerson v. Wainwright, 732 F.2d 803, 808 (11th Cir. 1984) (citing Faretta, 422 U.S. at 835); State v. Martin, 608 N.W.2d 445, 450 (Iowa 2000) (citing Faretta, 422 U.S. at 835)). “The defendant’s request to proceed without counsel must be ‘clear and unequivocal’” and courts must “‘indulge every reasonable presumption against waiver’ of” the defendant’s right to counsel. Martin, 608 N.W.2d at 450 (citing Johnson v. Zerbst, 304 U.S. 458, 464 (1938)). In the end, “[a] request to proceed pro se is constitutionally protected only if it is timely, not for purposes of delay, unequivocal, voluntary, intelligent and the defendant is competent.” Jones v. Norman, 633 F.3d 661, 667 (8th Cir. 2011) (internal quotation marks and citation omitted); see also State v. Stephenson, 608 N.W.2d 778, 782 (Iowa 2000) (“[B]efore a trial court honors an accused’s request to waive the right to counsel, it must satisfy itself that the defendant’s election is voluntary, knowing, and intelligent.”). “In making this determination courts are required to engage the accused in a colloquy sufficient to apprise a defendant of the dangers and disadvantages inherent in self-representation.” Stephenson, 608 N.W.2d at 782 (citing Patterson v. Illinois, 487 U.S. 285, 298–99 (1988)).

4. After a thorough review of the record, the State agrees with Defendant that the district court failed to engage him in a timely Faretta colloquy. While the district court conducted a Faretta colloquy with Defendant during trial, it was not done until midway through trial, after the State had presented the great majority of its evidence, and after Defendant had represented himself for the entirety of the criminal proceedings. Trial Tr. 471:9–474:17. This late colloquy did not discharge the district court’s “absolute duty to indulge the accused in an on the record colloquy.” Stephenson, 608 N.W.2d at 782 (citing State v. Cooley, 608 N.W.2d 9, 14 (Iowa 2000)). Because the district court failed “to conduct an adequate inquiry to determine if [Defendant’s] attempted waiver of his right to counsel satisfied constitutional requirements,” the district court committed reversible error. Id. Because Defendant’s Sixth Amendment right to counsel was violated, he is entitled to a new trial. Id.
5. As this Court has stated, an adequate Faretta colloquy will follow the one outlined in United States v. McDowell, 814 F.2d 245, 251–52 (6th Cir. 1987), which was cited approvingly by the Iowa Supreme Court in State v. Martin, 608 N.W.2d at 450.

6. In addition, Defendant raises four other issues on appeal: 1) whether the district court erred by denying his requested jury instructions based on his theory of defense; 2) whether the State’s expert witness testimony improperly bolstered the credibility of other witnesses; 3) whether the district court erred when it ruled that Defendant should have been permitted to inform the jury of its right to question witnesses; 4) and whether Defendant was entitled to strict scrutiny. Because the State is moving to reverse, and Defendant is entitled to a new trial, these issues are now moot. It is currently speculative whether these issues will be repeated during a second trial, especially since Defendant may elect to be represented by counsel during the retrial. Because it is currently unknown what theory of defense Defendant will assert, what testimony will be presented, and what arguments each party may make upon retrial, the district court should be permitted to rule on these issues in the first instance during the retrial.
7. Because the district court failed to determine whether Defendant’s waiver of his Sixth Amendment right to counsel was intelligent and knowing because it did not conduct the required Faretta colloquy on the record, the State asks that the Court remand this case for retrial.